Great news in the past week for Liberia and women around the world! The 2011 Nobel Peace Prize was given to three women, and 2 of the 3 female laureates were Liberian women! This demonstrates international recognition of the crucial role of women in rebuilding Liberia after the brutal civil war.

The two Liberian women who won the prize are current president, Ellen Johnson Sirleaf and women’s right activist, Leymah Gbowee. Both women were pivotal in bringing an end to conflict in Liberia. Johnson-Sirleaf ran against former warlord Charles Taylor in presidential elections and as of 2005, is the first democratically elected female president in Liberia. Moreover, she has been passionately committed to rebuilding Liberia after the war with her economic expertise and commitment to education and ending corruption. As fellow Nobel Peace Prize winner Archbishop Desmond Tutu said, Johnson Sirleaf is worthy of the prize “many times over. She’s brought stability to a place that was going to hell” (Washington Post).

The other winner is 39-year-old Liberian Leymah Gbowee. Gbowee is a prominent women’s right activist in Liberian civil society. With chaos and violence gripping Liberia during the civil war, Gbowee decided to do something about it. She organized mass movements and empowered Liberian women to stand up against the brutalities of Charles Taylor’s regime, leading 250,000 women who risked their lives to protest until Taylor signed a peace deal. Gbowee’s tenacity and courage were further displayed in 2003 when she led hundreds of female protestors through war-torn Monrovia to demand the disarmament of armed men raping women during Liberia’s civil war. Even after the peace deal, as rapes continued, Gbowee led a group of women dressed in white to Monrovia’s City Hall to articulate their demands. Gbowee said, “We the women of Liberia will no more allow ourselves to be raped, abused, misused, maimed and killed!” Gbowee’s movement has been credited as being a necessary component in ending Liberia’s civil war as well as human rights violations in Liberia. Gbowee’s efforts are featured in the lauded documentary Pray the Devil Back to Hell.

Clearly, both are strong women of remarkable personal character and integrity. The Nobel Peace Prize Committee noted that it gave these women the award due to their work on enhancing women’s rights, especially on the African continent, which is a fundamental component of spreading peace around the world. The total prize money of $1.5 million dollars will be split amongst the three female winners. Only 12 women had won the prize before the recent round of 3, making these two Liberian women the latest to join a small and elite group of powerful women making positive impacts in our world! This great news is wholeheartedly welcomed by FUEL Youth.

In a brief overview of other news coming from Liberia during this exciting time, the first round of voting gave Johnson-Sirleaf a lead with 44% of the vote against 32% for Winston Tubman. To win in the first round, a party had to win 51% of the vote; since this did not happen, a second round run-off will occur between the CDC under Tubman and the UP under Johnson Sirleaf. Mr. Tubman had said he would pull out of the election due to concerns over rigging, but has since gone back on this claim. For now, the run-off has been scheduled for November 8th, so we will all have to wait a little longer to find out the results! 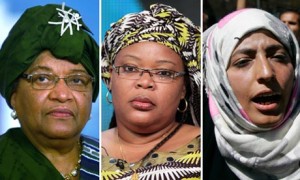 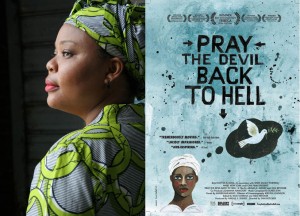