Home › About FUEL Youth › Our Story

The FUEL Youth story starts with co-founder Edward Fahnbulleh, who had a dream of providing access to quality educational opportunities to youth in his home country of Liberia.  In 1985, Edward moved to the United States to obtain a university degree in early childhood education. The first of Liberia’s civil wars broke out in 1987, and the country was not at peace again until 2003.  Edward finally returned home in 2003 to find his country in a much worse state than when he left eighteen years ago.  Schools in urban areas were in shambles, and in rural areas, schools were non-existent. Across the country, what little utility infrastructure that had been built was destroyed during the war.  In Edward’s home village of Messima, water contamination during the rainy season led to a high infant mortality rate.  Edward built a new well to provide a clean source of water in Messima, which allowed the youth community to thrive.  Back in Washington, D.C., Edward began sending money back to Liberia to fund the construction of a school in Gardnersville, a bustling island community outside of Monrovia.  In 2006, that school opened its doors to over 100 children who had no prior access to education.

Around that time in Washington, D.C., Edward and a group of young people met at Trios Restaurant, and they became fast friends.  Inspired by Edward’s efforts, this group formalized their effort as FUEL Youth (Friends United for the Education of Liberian Youth), an organization dedicated to expanding access to education for Liberian children.

FUEL Youth continues to be based in Washington, D.C. and in Liberia. The U.S. board of directors directly engages with our projects and friends in Liberia, and directors and volunteers fund their own way to Liberia to help with programs and projects to ensure that all of our funding goes towards the youth in Liberia that we aim to support. 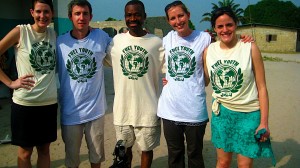 In 2008, FUEL Youth was granted U.S. 501c3 status to support the vision of Edward Fahnbulleh. FUEL Youth’s Washington, D.C.-based team works in collaboration with a dedicated group of young leaders in Liberia to develop and expand its education initiatives. Please visit Programs to learn what FUEL is up to in Liberia. 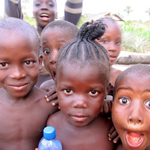